About five years ago, I woke up with the news that surprised many in the city of Trivandrum (Thiruvananthapuram). It is the capital of the state of Kerala located in extreme southwest India. I grew up around 15 miles down south from the city, I lived there until my move to the United States in 2011. Archaeologists just unearthed treasures worth over $1 trillion US dollars in a much-overlooked temple in the middle of the city.

Who in the world would have thought that just another Hindu temple—among the thousands in Kerala—that anybody can walk in anytime hosted a grand treasure in its secret vaults underneath? Looks like a perfect setting for another Indiana Jones movie is in making. The temple in the spotlight is called Sree Pathmanabha Swamy Temple. It was built in around 16th century and was dedicated to Padmanabha Swamy, a Hindu deity revered by the erstwhile royal family of Travancore. When India got independence from the British in 1947 both the Travancore and neighboring Cochin kingdoms joined the Indian Union, and later, the Malayalam speaking region all together formed the state of Kerala. Since then the temple's glory diminished; as the royal family lost its grandiose their chief deity became less relevant to people. 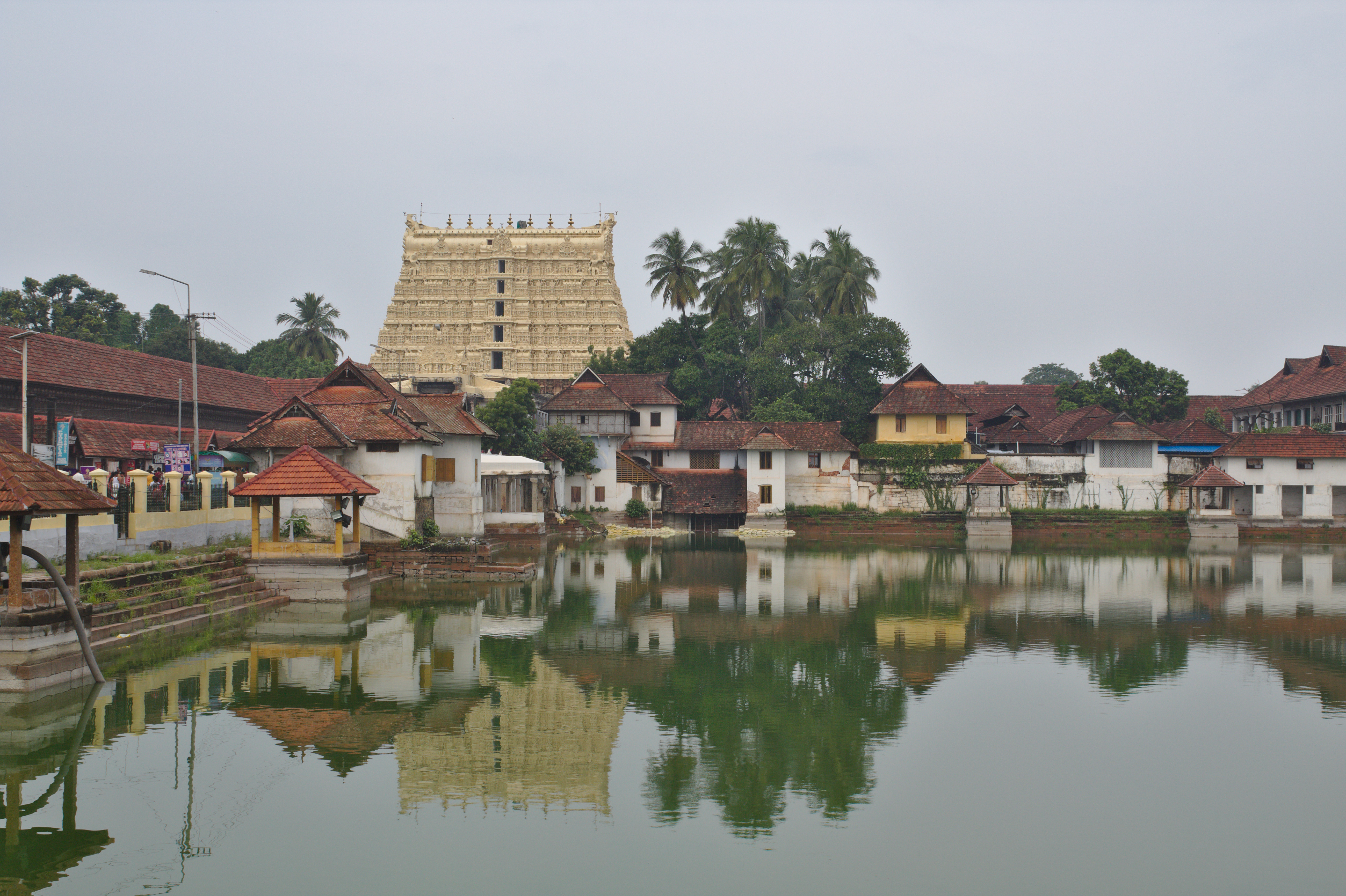 As a boy, I have been personally around the temple many times for attending the teaching programs of Jehovah's Witnesses in a close-by auditorium. The temple had no guards and it was easily accessible to the public anytime. Of course not after the discovery; now protected with machine guns, security cameras, motion detectors, and seismic sensors. To mention a few, the items discovered in four vaults included golden idols studded with diamonds and other precious stones, a gold sheaf weighing over 1000 pounds, an 80-pound golden veil, hundreds of thousands of gold coins, golden artifacts, necklaces, diadems, rubies, sapphires, emeralds, and other precious gemstones. Upon objection from temple priests who cited "bad omens", the remaining two vaults were left unopened.  Subsequently, the Supreme Court of India which had earlier directed archaeologists to make an inventory of the vaults put the matter on hold.

To give a comparison, being one of the largest economies in the world the net GDP of the present Indian economy is around $1.87 trillion USD. But researchers are estimating this treasure by antique value to be worth over $1 trillion USD. It is believed that the treasure is an accumulation of wealth over the past two millenniums by trade, tax, and gifts to the royal family and their predecessor kingdoms. Gold has a major role in Indian women's adornment, and even today India's obsession with gold and precious stones is well-known. Likely, when British colonies were established in around the 17th century, the rulers who were aware of this treasure put it in secret vaults underneath their much-revered temple to protect against plundering. Today, there is already a debate among the public as to how this treasure should be used. While some suggest that it should be used for public welfare, others dissent, and opine that it belongs to the temple and should be left alone. Meanwhile, the descendants of the royal family are also claiming a stake on the wealth, opposing the current ownership by the Kerala state government. The entangling legal dispute is currently pending before the Supreme Court of India.

As someone interested in the history of Christianity and biblical archaeology in general, among the discoveries what particularly stroke me was over one hundred thousand gold coins dating back to 1st century Roman Empire with imprints of contemporary Caesars. No wonder, Roman politicians and historians are on record decrying the loss of silver and gold to buy commodities from India to pamper Roman wives.

It is undisputed that Christianity in India existed at least from 5th century AD. However, Saint Thomas Christians, an ancient community of Christians in Kerala, trace back their origins to 1st century AD. The doctrines and practices of modern-day Saint Thomas Christians doesn't differ much from that of Roman Catholics, with tradition and creed superseding scriptural authority. They assert by tradition that Thomas the apostle of Jesus traveled to South India and convinced their ancestors to convert to Christianity. Though it is a possibility, there is no solid evidence or record for this. The Bible does mention India a few times such as in the Book of Esther as a boundary for the 4th century BC Persian empire by Xerxes I, and in the Book of Revelation using the words "Indian spice". Neither do it mention much about the activity of Thomas the apostle after Jesus' death and resurrection. Regardless, a number of 3rd and 4th-century Roman writers mention Thomas' trip to India.

Another fact is that there is an ancient body of Jews in Kerala called Cochin Jews, most immigrated to modern Israel after the independence of India from British in 1947. They claim that their ancestors arrived in Kerala during the time of King Solomon to do trade. In the Bible, we read accounts of King Solomon having a fleet of trading ships which bought from far lands among other things peacock, notorious to the Indian subcontinent. Though we are not sure if they lived in Kerala during Solomon's time in 10th century BC, historians agree that Cochin Jews existed at least since 1st century AD. So it is possible that Jewish missionaries in the first century joined Jewish merchants, to reach the shores of Kerala via the Arabian Sea.

I read in one of The Watchtower magazines some years ago that an apostle could have easily taken a trade ship to reach India or even further southeast to Thailand, Cambodia, Sumatra, and Java. Jesus' disciples were commissioned to preach the good news to the most distant parts of the earth and later in his epistle to the Colossians Paul mentions that the good news was preached in all creation under then heaven.

This discovery bolsters the claims by both Cochin Jews and Saint Thomas Christians, however, only the apostle knows if he ever visited India.
Posted by jthomas at 8:34 PM